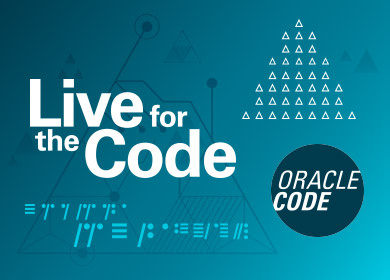 This year is a special year for me going to Oracle Open World. I’m attending both the Developer Champion Briefing as the ACE Directors briefing and both for the first time.

I arrived on Wednesday the 27th of September and after arriving at the hotel I did not do much. After some hours of rest mainly watching TV, I went to dinner with Lori Lorusso (Oracle), Björn Rost and Luc Bors. We went to a nice pizza place called AMICI’s in Redwood Shores and after stuffing our stomach we headed back to the hotel. I was so tired after being awake for almost 26 hours I decided to go to bed. It was one of the worst nights of my life, woke up every other hour.

The next day (28th of September) was the day of the Developer Champion Briefing. The one day I was exited to go to for a while and I can say it was really worth it. With 20 other Developer Champions we were invited to come to the Oracle Headquarters to listen to several VP’s and Product Managers of a wide variety of products and services within the Oracle Stack. So a big thanks to the Developer Champion program and in particular Jennifer Nicholson and Lori Lorusso of Oracle for setting this up.

I can’t really share much about it since we signed a NDA to keep it to ourselves, but you don’t have to wait long to know what I already know now. The most stuff I learned about will be presented on Sunday 1st and Monday 2nd of October. But watch out for some cool announcements around a few of the subjects we learned about:

It where 10 long and mostly exited hours, but the day was not over yet. After the briefing we were invited for dinner where the food and drink were a great way to end the day.

The last thing I want to bring under your attention are the Advocacy programs Oracle has. Currently there are three programs; Oracle ACE, Java Champions and the new Developer Champions program. Each program include advocates on different subjects. A Java Champions focuses on all things Java, whereas a Developer Champion defines a developer pursuing new development technologies. For both of these programs you need to be invited.

The third one, the Oracle ACE program is dear to my hart, because it gave me great exposure the past few years, which eventually led to my invitation to the Developer Champion program. The main difference with the other programs is that other people can nominate you or you can even nominate yourself. So If you are working with Oracle in your profession and want to share your knowledge and experiences check out the benefits of the program at acenomination.oracle.com. 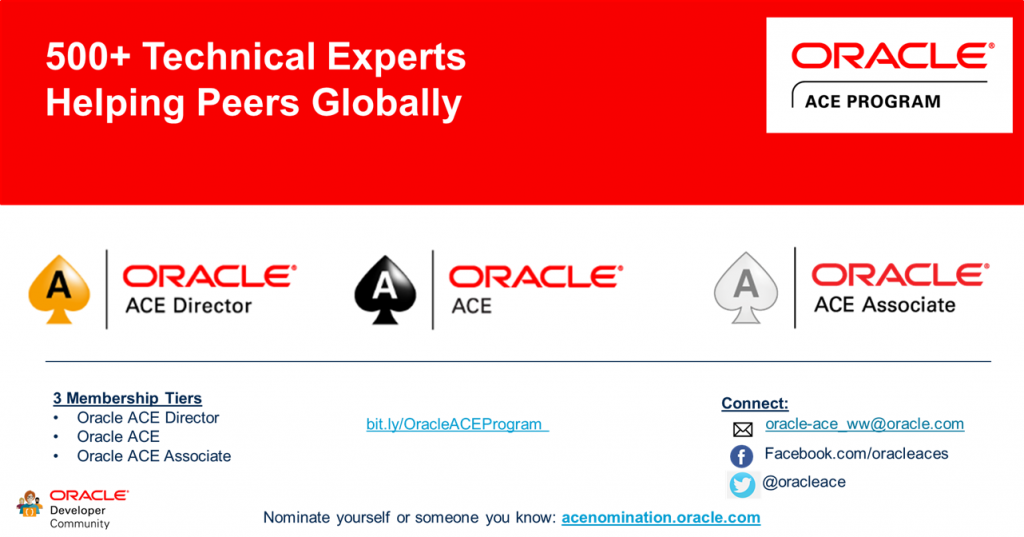 Also have a look at the new and improved Oracle Developer Portal at developer.oracle.com which has a much fresher look at feel.

The ACE Directors Briefing is next on my agenda this year and hopefully it is just as exited as the Developer Champion briefing.