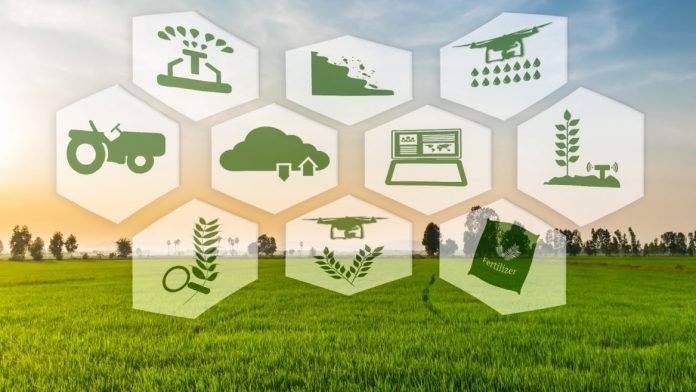 Welcome to second part of this series of blogs – Demystifying Blockchain for Enterprise. In the first part I explained the technology behind an enterprise blockchain and its added value, the importance of smart contracts while developing decentralized applications, and how it compares to a traditional database and servicebus. In this second part I will explain where in my opinion the potential of the technology is within certain industries.

To realize what the potential of an enterprise blockchain means for you, let’s look at a few industries examples we participate in at AMIS/Conclusion. At AMIS we believe that blockchain can be a valuable technology for at least the following industries; Food & Agriculture, Smart Asset Management and Social Housing.

Within the domain of sustainable value chains blockchain has gathered substantial amount of awareness. There is a lot interest in institutional reform for sustainable economies, both from technology companies and wider communities, and this is also what we see back in this industry.

We see that blockchain can have a major impact/benefit on the agri-food supply chain. Specifically around food traceability and waste (i.e. to support a circular economy).

Export numbers show that The Netherlands is second biggest agricultural product exporter in the world behind the United States. Due to this globalization of export (and import) of food the past decades, the international supply chains are more connected then ever, resulting in complex fragmentation. The food that we consume moves through a broad network of farmers/producers, processors, distributors and retailers, and is regularly checked by different (governmental) regulators.

This means that during the process our food is touched by many machines and possibly human hands. Not only that, our food can also be processed further (e.g. mixing & splitting ingredients).

Tracing of the origin and end product is very important in the event of contamination. As example, in the Netherlands we had multiple food contamination events in the past years. Most recently in July of 2017 when the prohibited drug Fibronil was found in eggs. Because of this the Dutch Food & Safety Authority (NVMA) closed “laying hen” companies as a precaution while they determine the origin of the contamination.

The contamination was found on the 22nd of July in four companies and let to a recall of eggs. It eventually took 10 days to list all contaminated egg-codes, which can be found on every sold egg, and inform the public. For humans, an overdose to Fipronil can lead to damages to the liver, kidneys and thyroid.

The result was catastrophic for the poultry/egg sector with a estimated loss of 65 to 75 million euro’s, as people started to not to trust any eggs producer anymore. For a long time the demand for eggs and chicken meat was lower than average, resulting in a lot of food waste. The investigation took many months and concluded in a criminal charges against two owners of a company that applied this drug in many poultry farms. At the end of 2018, almost 1,5 year later, the NVMA released an action plan for better food safety to prevent this kind of crisis in the future.

The added value of implementing a blockchain in the food and agriculture would have made the origin of contamination immediately traceable. Producing laying hen companies can be obligated to irreversible register egg-codes on the blockchain when putting them on the eggs during packaging. An egg-code indicate how a chicken lived, what drugs were administered during breeding and what process was followed during the production of the eggs.

Imagine we implemented a digital passport for every egg with link to the company breeding the chickens, the group of possible contaminated chicken, and on the other side the packaging, distribution and store it is sold in.

In this new way of working all parties in the need to notify the blockchain (i.e. by calling functions on the smart contract), when producing, distributing, processing or consuming (e.g. selling) eggs. As the data needs to be verified by at least the majority of the participating parties (i.e. using their own instance of the same smart contract code and ledger data), it is easy to set quality marks and detect fraud (e.g. data change not allowed or even a change of smart contract code).

In an event, such as happened in 2017, where a farm is found contaminated, the possible contaminated eggs are almost immediately traceable and stores and consumer can be notified to return of throw away the eggs. Minimizing food waste since it is clear what eggs should be avoided and giving trust to people in which eggs they can still buy. It also keeps the industry stable and trustworthy, as it is easy to pinpoint where to intervene.

Other use-cases in the food and agriculture include:

Besides Food & Agriculture one important domain for implementing a distributed ledger technology like blockchain is in smart maintenance. AMIS participated in a project where have implemented such a system.

Think of a system for maintaining an asset tree where the maintenance is done by multiple parties on the same asset (based on performance contracts). Multiple parties are able to request the status of an asset when it needs, and update the status and mandatory validation / testing of components after they have been changed / fixed.

Current systems mostly depend on a central registration of asset information and the status of the assets for the execution of their work (e.g. an ERP solution). This kind of system is generally supplied centrally by one party (e.g. the dutch railway manager), and for the changes the subcontractors are depending on the correctness and timeliness of the information in this system. Updating the data in this kind of system is very time consuming and error prone leading to incomplete and incorrect information.

Problems / challenges in these kind of systems are:

To overcome most of these traditional problems we created a solution based on a permission blockchain that only contains the audit and asset management information. The benefits of implementing a blockchain to replace this classical system includes a better and quicker distribution of data, an unchangeable audit log with events on assets, and an automated consensus on the correctness of the asset information.

In the blockchain solution, the definition of the assets is democratized and composed based on the input of the maintenance contractors. This means that within a set of rules, which are prescribed from the aspects of safety, availability, social responsibility and flexibility, the affiliated subcontractors can themselves submit a proposal to change the definition of an asset type or the configuration of an asset. Depending on the importance and dependence of these assets, consensus will have to be reached on the proposed change. This consensus algorithm will be different depending on the type of asset and the type of change. For example, a fundamental change will have to be accepted and approved by all contractors, while a local nuance of a definition will only be approved by the stakeholders involved.

The last domain I want to address in this blog article is social housing. This one is special as we did a study together with a law firm on how to legally put social housing contracts on the blockchain. Let’s look at the potential of blockchain for this market.

To protect landlords of housing (private or housing corporations) in the Netherlands from misbehaving tenants, the ROZ (Raad voor Onroerende Zaken) contract model “Housing” is often used. The model describes the landlord and tenant(s) details, the term of the contract, the rental conditions, anual changes on rental fees, service fees and taxes, penalty conditions, etc.

Having a model contract that is juridical well structured does not mean it is watertight. A landlord or housing corporation usually has the tenant(s) sign this contract on paper, after which it is included in the administration. Because contracts are not digitally recorded in a (decentralized) register, multiple offenders (tenants who misbehave repeatedly) cannot be recognized before signing the contract, so that the landlord can run into unnecessary risks. People can also rent several (private) homes, which is not permitted by law.

You might think that because it is a standard model that a IT system to register these contacts digitally can be easily centralized, but designing a model contract for the whole country and be responsible and trusted for all the data, connectivity, privacy is an impossible task. Every landlord of housing corporation need to trust the central system to able to be implemented by the whole market.

Using blockchain you can setup multiple trusted organization or even let a landlord or housing corporation be a trusted node in the blockchain network. In this way these trusted nodes can validate new created contracts, renters that sign contacts and execute changes on existing contacts in case of annual rent fees and damages made by renter. Every action is made possible using a method/function defined on a smart contract that all nodes implement. This contract can be made open-source just like the model contract so it’s transparent how data is processed and secured.

To counter the current problems, such as recurring misbehaving renters, the blockchain can automatically preform a history/background check. For example, when a renter tries to sign a contract or when a contract is assigned to a digital identity of a renter to know if he has multiple signed contracts or open-standing fines.

Instead of every landlord or housing corporation need to create of buy own software and sync data between each other, the blockchain can perform the connectivity and sync of data between the corporations, whereas a smart contract represents the designed model contract in code.

Needed attachments that a reader need to digitally have read and signed are saved off-chain in an (decentralized) object storage like Storj and linked in the data on the blockchain.

Storj is the storage layer for the Internet. Decentralized cloud storage is a new paradigm that removes intermediaries, enabling you to control your personal data. It is open source, distributed, encrypted, and fast object storage.

In addition, the solution included a decentralized front-end that can freely be used by corporations, and general-purpose APIs to authenticate and interact with the smart contract on the blockchain, so existing application can easily integrate with the blockchain data.

The main reason for starting this series is that in my experience, as one of the responsible for developing and promoting our blockchain proposition at AMIS and author of the book Blockchain across Oracle, they quickly drown in the technology due to its proposed complexity, immutability, and comparison to digital currencies. I feel it’s time to look at the current state of enterprise blockchains and take any doubt away you might have about the purpose of blockchain in a modern IT landscape.

In the next part we will be looking at the Oracle Blockchain Cloud Service and how we can implement it to support the food & agriculture use-case described in this blog post. 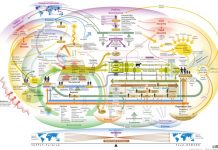 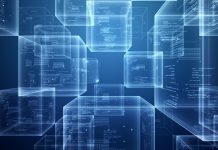